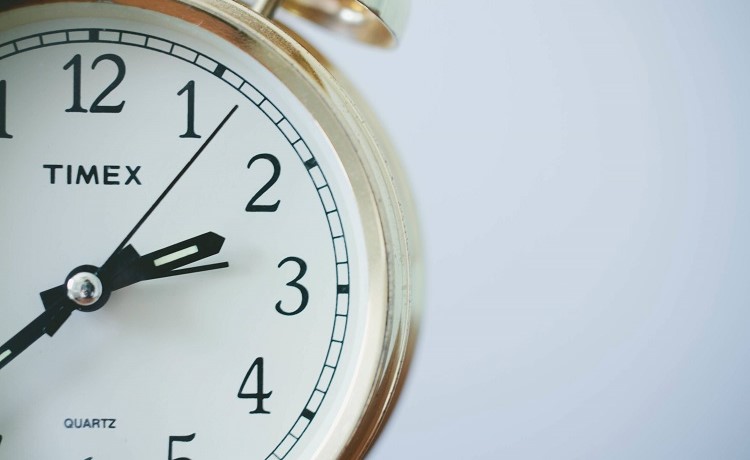 When Do The Clocks Go Back And Why Does This Happen?

That time of year is nearly upon us again where the clocks will change, and yes, this is the good one where you get an extra hour in bed.

Each and every year, we in the UK twice experience a change in our clocks where they either go forward or backwards one hour. Many of us forget when this happens, or which one is the ‘good one’ where we get that extra hour in bed before work.

So here’s everything you need to know about 2016’s clock change.

When do the clocks go back?

We are currently using the Daylight Saving Time (also known as British Summer Time). This time zone allows longer spells of daylight in the evenings.

But as of Sunday 30th October 2016 at 2am, the UK will revert back to Greenwich Mean Time (GMT) by going back to 1am. Be sure to change the clocks around the house on Sunday morning.

Why does this happen?

This all happens because we initially move our clocks an hour forward close to the start of spring so that our evening daylight lasts an hour longer.

By moving our clocks back an hour every last Sunday in October, we are reverting back to Standard Time

When do the clocks go forward again?

Related: 10 Reasons Why It’s Great to be a Night Owl

Some lesser known facts about the clocks going back

William Willett first introduced the idea of Daylight Saving Time (later to be coined British Summer Time) in 1907. The system was already in place in Germany and was working well. However the British nation did not take too kindly to the notion of changing the clocks which led Willett to write a pamphlet using his own financial resources titled “The Waste of Daylight”.

From then on, Willett spend the remainder of his life trying to convince people that his idea would be useful. In 1915, Willett unfortunately died at the age of 58 and did not see his idea of Daylight Saving Time come into law the following year.

Reverting back to GMT means that evenings will become darker, thus leading to the likelihood that less people will be shopping during these times.

However, with the onset of the busy Christmas period, the damage done by the shorter evenings could be reverted.

3. Coal supply during World War One was helped by the time changes

Changing the clocks to BST during the summer allowed for more daylight during the evenings. This change meant that people would be using less coal for domestic use, thus increasing the supplies available for supporting the war.

To help you remember which way the clocks change each year, learn the short phrase “Spring forward, fall back”. The clocks go forward 1 hour in the spring to BST, while in Autumn (fall), they ‘fall backwards’ 1 hour in the final Sunday of October, reverting back to Standard Time (GMT).

5. Only a seventh of the world’s population will be affected by clock changes

The likes of Ireland, Israel, Portugal and Spain are among the countries that will change their clocks the same time as us. Most other countries also change their times, but within slightly different time zones.

But overall, around one billion people will be affected by clock changes. That’s about a seventh of the world’s population. Clock changes are largely related to latitude - countries that are closer to the equator tend to experience extremely little change in daylight hours, meaning that don’t require a shift in time.

Get the latest products, exclusive deals and news straight to your inbox. We do not share your details with anybody else.

10 Reasons Why It's Great To Be a Night Owl

The 6 Telltale Signs That You Need a New Mattress

16 Ways To Stay Cool While You Sleep This Summer

Your Wild Dreams: The Causes and Effects