Due to the COVID-19 outbreak, please allow the couriers an extra 24 to 48 hours for your delivery.

Smartphones have taken over our lives with many perceiving that all this technology at our fingertips is enhancing our lives greatly. While this may be true for a lot of situations, there is one in particular that smartphones definitely does not help with.

There have been countless studies detailing the effects of exposure to the blue light emitted from electronics such as smartphones and tablets at night and many, if not all, conclude that this ‘blue light’ affects the quality and quantity of sleep we get.

With a large percentage of us (especially the younger generations) keeping our devices at arms length in the bedroom, our tendency to expose ourselves to this disrupting light is at an all time high. From checking Twitter to replying to work emails, it’s very easy for us to forgot the effects of technology at night. 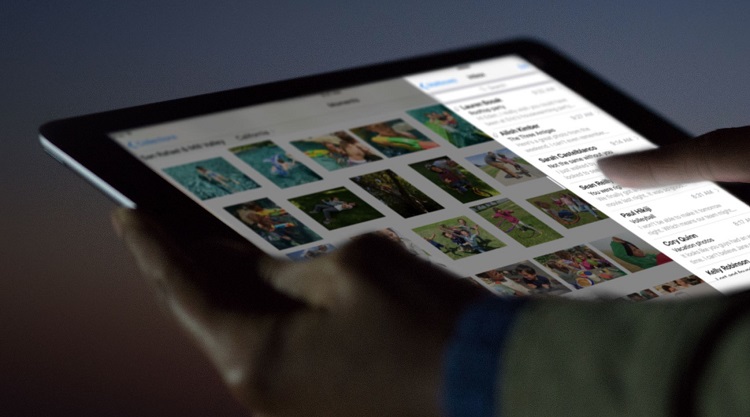 The Science Behind The Blue Light

The reason for the bright blue light from smartphone devices is so that you can see them even during the sunniest times of the day.

While this is all well and good during the day, at night our brain becomes confused and still thinks the sun is still out causing us to stop producing melatonin. Melatonin is a hormone that anticipates the daily onset of darkness, and one that helps us regulate our sleeping pattern.

The disruption of melatonin can cause number of other problems also. A lack of sleep over a long period of time can increase the likelihood of a neurotoxin build up which can make it even harder for you to get a good night’s sleep. It becomes a vicious circle.

Not only that, suppressed melatonin levels and those whose body clocks are thrown off by frequent blue light exposure are more prone to depression.

Apple To The Rescue

Thankfully, smartphone developer Apple are looking to address this issue following ongoing concern from scientists and the media.

Apple are no stranger to the notion that smartphone use at night is on the rise. With influential media outlets proclaiming the use of smartphones at night is bad for our health, it’s in Apple’s great interest to help address the situation. After all, they definitely don’t want people using their smart devices less.

This is where iOS 9.3 comes into play. While 9.3 is yet to be given an official release date, Apple have given us a iOS 9.3 preview featuring all the updates main talking points.

The one feature  in particular that made me take notice was the introduction of “Night Shift”, a feature to “help you get a good night’s sleep”.

Not much information was given on the feature, but the feature simply uses your device’s clock and geolocation to determine the arrival of sunset and then automatically shift it’s colours to a level which won’t disrupt your circadian rhythm.

With so many electrical devices at the ready in the modern day and countless studies talking unfavourably about using these devices before bed, it begs the question as to why companies like Apple are just starting to take notice.

Nevertheless, Night Shift is on it’s way to an Apple product near you, so you can safely try and beat level 209 on Candy Crush before bed without worry.

How useful will the new iOS feature 'Night Shift' be to you?

Get the latest products, exclusive deals and news straight to your inbox. We do not share your details with anybody else.

How often should you change your sheets?

Why Do We Yawn And Why Is It Contagious?

How To Become A Morning Person - Sort Of

How often should you change your sheets?

37 Baking Soda Hacks You Must Know About

Why It's Okay To Snooze On The Job: The Benefits of Napping