Sleep is important. We all know this. Much of our time on this planet is spent asleep. With it being recommended that we get 7-8 hours of sleep a day, that adds up to quite a large chuck of time. One-third of our lives will be spent asleep, helping us to recuperate from the day just gone.

Much of what we truly know about sleep has largely been found out over the last 25 years. Before then sleep was much more of a mystery to us. And if you're fascinated by sleep like me, then I'm sure these sleep facts will interest you. 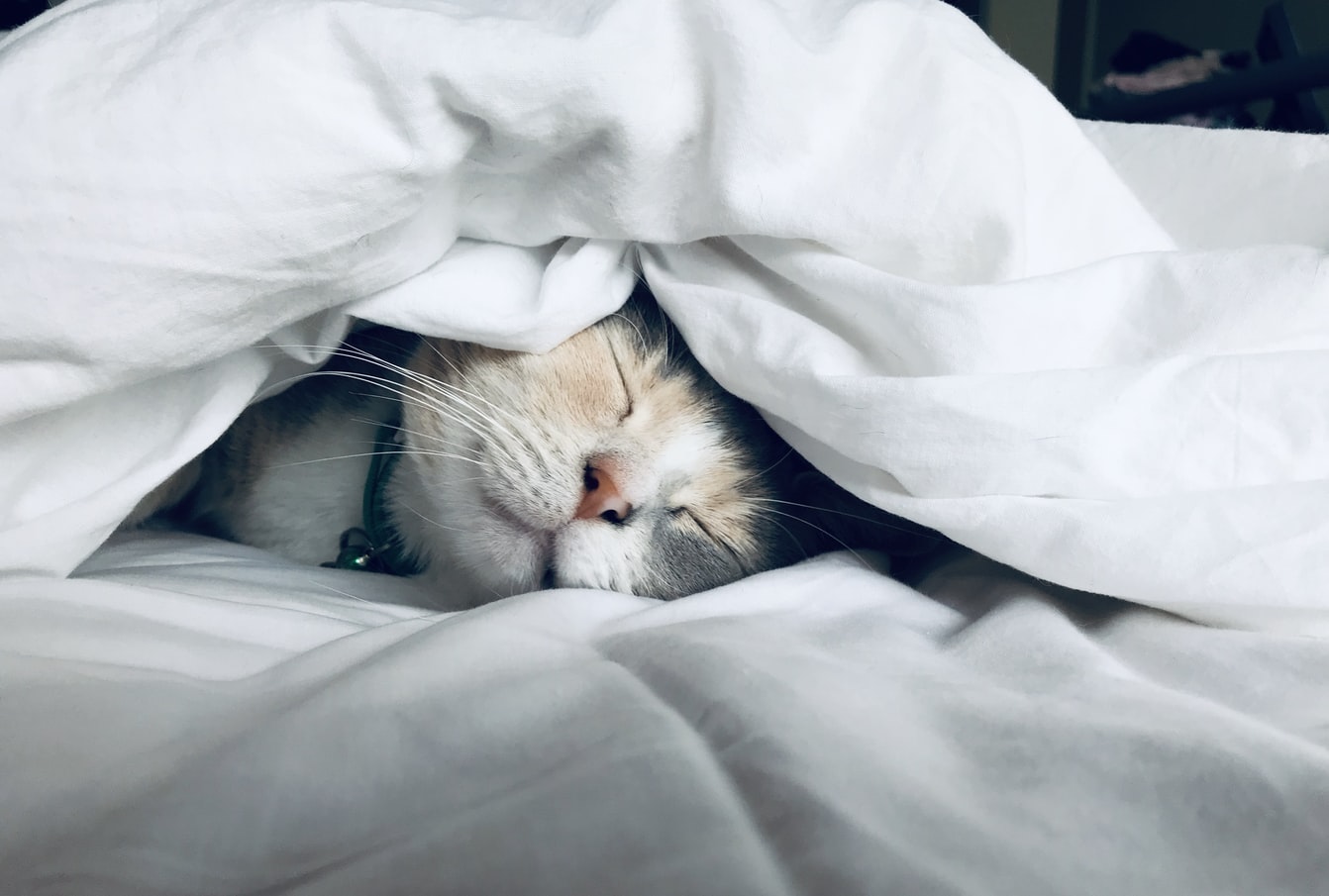 1. During the 1940s in Britain and Ireland, a 'knocker-up' was a person whose job it was to wake people up for work

Alarm clocks were neither cheap or reliable, so people were employed as a 'knocker-upper', who went around the village banging on doors and windows with large long sticks, often made of bamboo.

Some 'knocker-uppers' would not leave until they knew their client was awake, while others would give a few taps on the window then leave.

Question is, who woke the 'knocker-uppers' up for their job of waking others up?

2. Humans spend about 1/3 of their lives asleep

Given that its recommended that we get around 8 hours of sleep a day, it shouldn't be a surprise that we end up sleeping away 1/3 of our lives. This rest is vital though in a bid to live happy and healthy lives.

The average person will sleep for 229,961 hours in their lifetime, enough time to watch the entire Harry Potter series 11,714 times!

3. The longest period of recorded time without sleep is 11 days

What started as a simple science fair project, Randy Gardner's experiment turned into a national news story. In 1964 Randy managed to stay awake for 11 days and 25 minutes, aiming to learn more about sleep deprivation, beating the previous record of 260 hours (just under 11 days) which was held by a DJ in Honolulu.

After his world record breaking attempt, doctors studied his hospital results and concluded that "his brain has been catnapping the entire time". While nothing serious was reported as a result of his dangerous experiment, Randy did profess he did suffer from years of unbearable insomnia later in life.

The Guinness Book of Records has stopped certifying attempts to beat this record due to the danger it may cause.

4. People with parasomnia are able to display unnatural movements during their sleep

Parasomnia is a sleep disorder that can cause unusual and undesirable physical events and movements. These movements will all be while asleep where as bed partner may think that you're awake.

There are many types of parasomnia's such as sleep terrors, sleep walking, exploding head syndrome and sleep enuresis (bed wetting).

5. The sensation of falling when half asleep and jerking yourself awake is called 'hypnic jerks'

'Sleep starts' or hypnic jerks are sudden involuntary muscle contractions. Many people have experienced these in the form of feeling like you're falling and then suddenly being awake.

Hypnic is short for 'hypnagogic', a word that describes the transition between wakefulness and sleep. You sleep about one third faster when sleep deprived

Excessive caffeine consumption, vigorous exercise at night, sleep deprivation and stress are all considered risk factors which may increase the likelihood that you would experience a hypnic jerk.

6. Sleepwalking mostly affects children between the ages of 10 and 13

Sleepwalking is more common among children than adults, with peak incidence between the ages of 10 and 13. Studies have concluded that 5% of children and 1.5% of adults have experienced an episode of sleepwalking within the last 12 months.

Sleepwalking can be dangerous. For example the person may trip, fall or collide with objects during an episode. Mishandling sharp objects and even driving cars have been reported which of course can be life-threatening.

7. Sleep inertia or dysania, is the state of it being difficult to get out of bed in the morning

We've all found it hard to get out of bed in the morning at some point or other throughout of lives, but some people may find it MUCH harder than others.

Dysania is much more that just being tired and you may find it hard to explain exactly what is wrong. It's not recognised as a medical condition as there is no official diagnosis.

Dysania could be a sign of another underlying problem such as depression, chronic fatigue syndrome (CFS) and sleep apnoea. 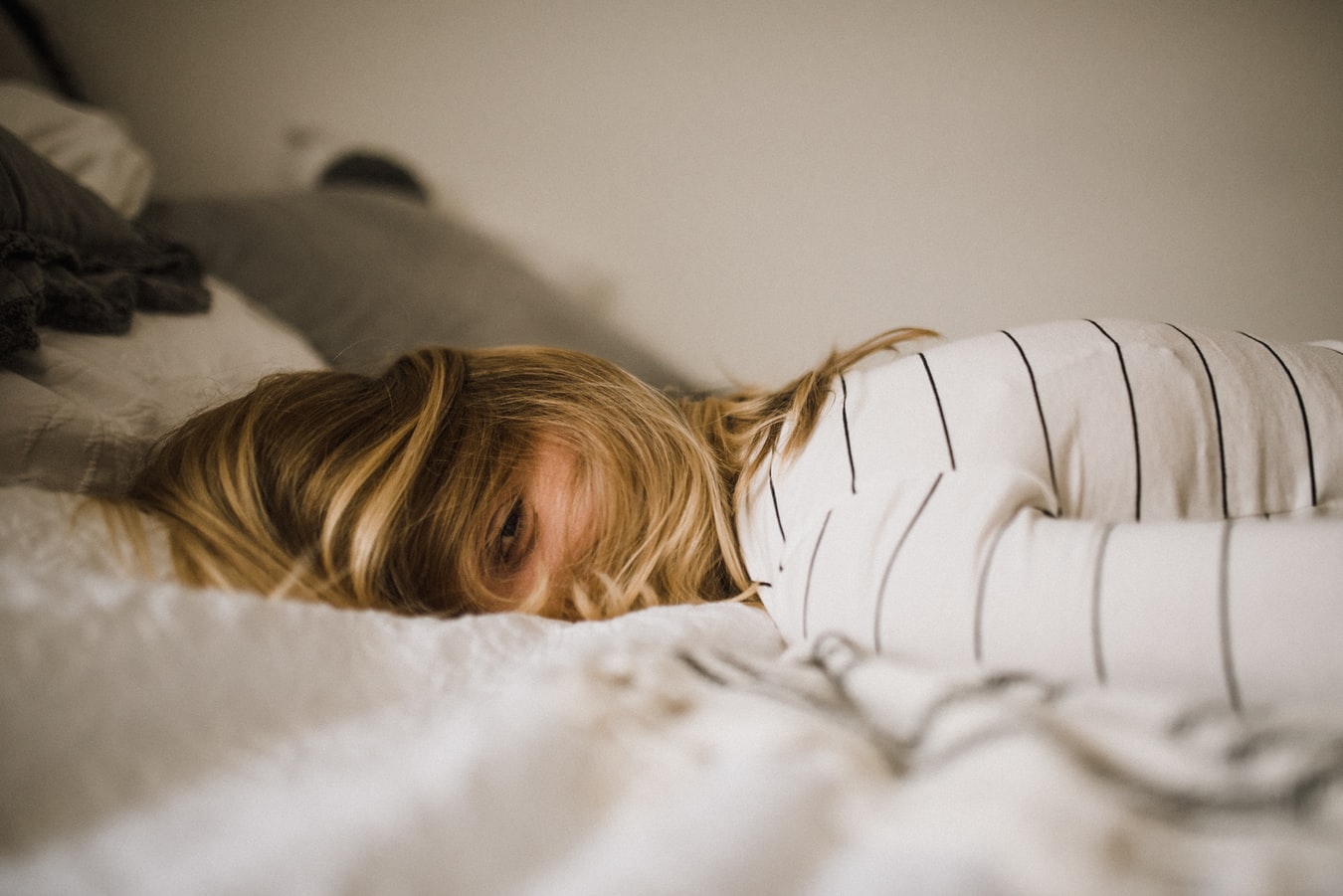 8. 14% of couples sleep in separate beds

There's a lot of stigma around couples sleeping in separate beds. People immediately assume the worst - that their relationship is on the brink of collapse.

But studies have shown that a majority of the time, the reason for sleeping separately is for practical reasons. Perhaps a partner snores while the other is a light sleeper. They may have different bedtimes and wake-up routines or they might prefer different mattresses.

Whatever the reason, nothing should get in your way of having a quality night sleep, even if it does mean not sleeping next to your partner.

9. People with sleep problems may have an increased sensitivity to pain

A study conducted in 2015 showed that people who suffered from insomnia were more likely to pull their hand out of a cold water 106 second test as opposed to those who did not suffer from insomnia.

It's unknown exactly why this happens but the study clearly showed the need for efforts to help improve sleep among patients that had chronic pain.

10. Deaf or severe hearing impaired people have been know to use sign language as they sleep

A study conduced in 2017 found that a 71 year old man with severe hearing impairment was observed signing fluently during his sleep.

The researchers could even get an idea of what he was dreaming about by decoding this signs he was making.

A study showed that after 17 to 19 hours without sleep, performance in cognitive and motor skills was equivalent or worse than that of a blood alcohol concentration (BAC) level of 0.05 percent (the legal UK limit is 0.08 percent).

After even longer periods, performance reached levels equivalent of a 0.1 percent BAC level.

Students are known to pull 'all-nighters' during exam times. While this may seem like a solid idea, it's much more effective to get proper rest before sitting any exams.

Changing the clocks by just 1-hour can have a huge effect on people and it's been found that the 1-hour loss of sleep due to DST can cause an average of a 6 percent increase in fatal car accidents.

The 'mini jetlag' is most severe in the first few days after transition and can be observed up to 2 weeks. 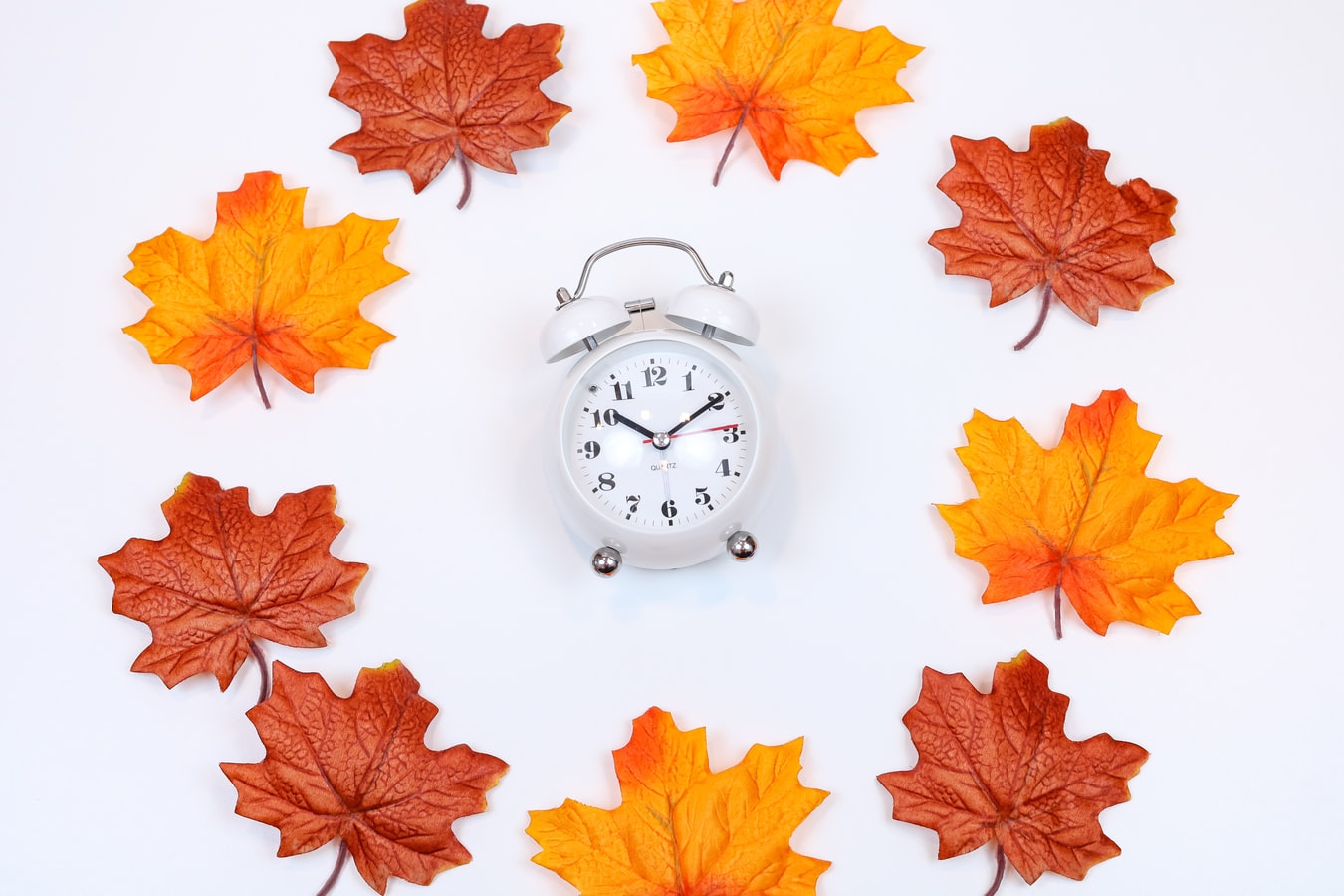 13. Humans are the only mammals known that willingly delay sleep

Prior to electricity, it was hard for humans to stay awake at night. The dead of night is pitch black and we as humans don't fare too well in darkness - so it's a prime time to get some rest.

But with the introduction of electric lights, and in the 40s and 50s the television, we slowly become able to willingly subdue sleep. With worldwide adoption of the internet during the early 1990s and 2000s, we had even more reason to stay up late and this has led to many people becoming sleep deprived.

14. A person can experience four to six sleep cycles during normal sleep

Sleep is not uniform. We go through several stages throughout our sleep. For a typical night, a person can go through four to six sleep cycles, each comprising of four individual stages.

On average these cycles last for around 90 minutes each. Waking up in stage 4 (our REM cycle), is when we're most likely to remember our dreams.

15. Those congenitally blind experience dreams involving more elements such as emotion, sound and smell rather that sight

The period in which you become blind will have an effect on your dreaming process. Researchers suggest that being congenitally blind (born blind) will result in less visual dream content but not a complete lack of visual content like you may think.

But generally, congenitally blind people will experience other elements such as sound, touch, taste and smell more often than sighted people do.

16. On the average, we spend about two hours dreaming per night

Each of us dreams every night. We may not always remember it, but we do. Typically, you will dream for about 2 hours each night. The exact purpose of dreaming is unknown but it is thought that we dream to help process our emotions.

Events from the day may help funnel our dreams down certain paths and people who suffer from anxiety or depression may be more likely to experience frightening dreams.

17. 41% of the British population prefer sleeping in the foetus position

Scientists believe that your sleeping position could actually provide a clue about the kind of person they are.

People who sleep in the foetus position tend to be tough on the outside but sensitive at heart. Sleepers who prefer the log position (15%) are easy people, social people who love being part of the in-crowd.

18. 12% of people dream entirely in black and white

Research has shown that this phenomenon could be a result of exposure to black and white televisions. Older studies have found that people in the 1940s rarely reported dreaming in colour. 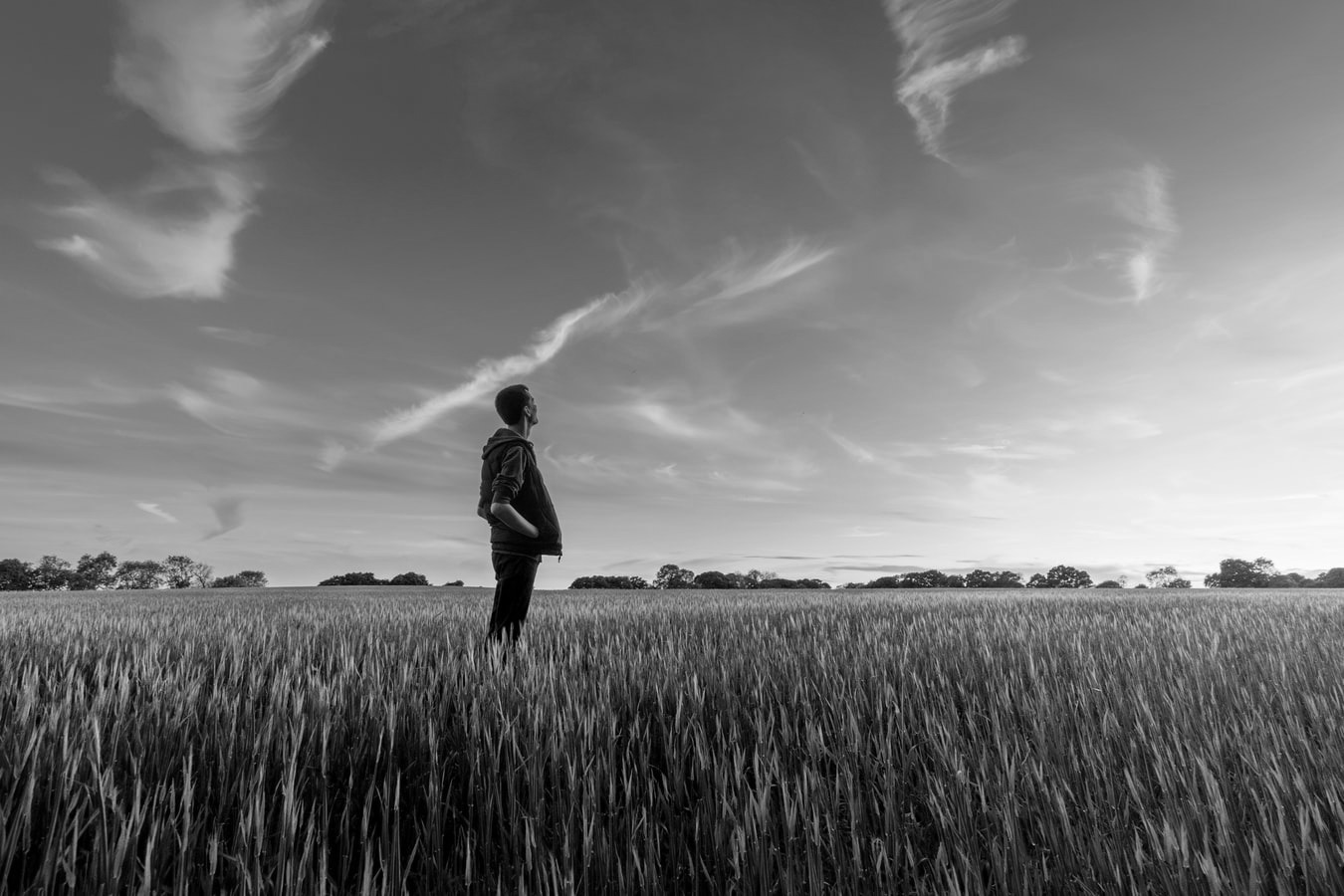 Very few people can actually remember their dreams throughout the day and it's suggested that we lose 50% of our memory of our nights dreams within 5 minutes of being awake.

People are most likely to remember their dreams when they are anxious or depressed and this is related to waking up during REM (rapid eye movement) sleep where we dream the most.

To remember dreams better, you can practice by recalling your dreams within the first 90 seconds of being awake and writing what you remember down.

20. Moon phases can effect our sleep patterns for the worse

A study in 2013 indicated that a full moon was associated with worse sleep. The participants in the study found themselves taking five minutes longer to fall asleep, sleeping for 20 minutes less on average and took longer to reach stage 4 REM sleep.

They also experienced a 30% reduction in deep sleep which resulted in reduced sleep quality.